This article is the first in a series on blockchain by Wiley and its place in the future of the food industry. The series will explore precisely what blockchain, or the distributed ledger, actually is. We’ll look at how it is or could be implemented in the food industry, the challenges for implementation and real-life examples of blockchain in practice.

The first exposure most people have had to blockchain has been the dramatic rise of Bitcoin and the hype and riches that have accompanied it. In fact for many people the terms are interchangeable. While the average person might find blockchain and the associated crypto-currencies such as Bitcoin confusing there are some simple ways to think about the concepts that will allow us to grasp them and to then explore how they can be used.

Blockchain is frequently referred to as a distributed ledger based on the accounting concept of a ledger which is a record. This is an easy way to visualise a blockchain solution. In a blockchain system all the parties in the system have a copy of a database that has a record of all the transactions. This copy of the database is a ledger and everyone having their own copy means it’s ‘distributed’. It is this distributed aspect that makes the system secure. Most online systems (think banks or telcos) keep all of their information in a database and do everything possible to ensure its kept secure. In the distributed ledger model all participants in the system have a copy of the database. While the database may be encrypted it’s security is comes on the idea that a malicious actor, hacker or dishonest participant in the system, might be able to hack one of the databases and change the contents to their advantage, being able to alter all the copies in the possession of many people simultaneously would provide impossible. Additionally, blockchain systems are built to compare the data and determine if a single database has records that don’t match those in the other copies. Such a discrepancy would ring alarm bells.

Beyond the above there is the concept of ‘blocks’. These are sequentially numbered with their own identifier and are arrived at by the system producing a mathematical proof. These aspects of the system are at the heart of its functionality and have little to do with the value of such a system to industry but it’s worth knowing as one can think of each block as a line or record in the ledger.

A true blockchain is transparent, everyone can see everyone’s transactions. This doesn’t mean all data from everyone in the supply chain will be present. Users can augment the data in the ledger with their own related data on their own systems that are still secure and proprietary. In simple terms, blockchain is a ledger which is faster, more reliable, secure and transparent than current centralized database technology.

Will blockchain make much of a difference?
Blockchain in food is being touted as a panacea for issues such as provenance, traceability, food recalls, mitigation of counterfeit product, tracking industries environmental impact and a range of other solutions.

Blockchain is a tool like any other piece of technology. It will not result in a magical impact on business to transform ecosystems in the short term. Wiley recently attended the Seeds of Our Future tour held in San Jose California where there was much discussion and panel session on blockchain in the food sector. An underlying theme of these discussions emphasised the first thing to know about blockchain is how little we know about blockchain.

We’re are at the dawn of this new technology, Blockchain its power is in the concepts of trust and transparency which will drive good practices and timely actions from participants in the supply chain. The efficiencies and behaviours will be created by ensuring that each person has all the information they need to perform their action and that they do this in an efficient manner because anything that isn’t efficient will be visible in the ledger to the trading partners. Blockchain will;

It’s this kind of visibility that will enable time savings by diminishing dwell time across the sector. The time between fruit being picked and appearing on the shelves will have the periods of waiting removed – speeding product to market.

The food supply chain will still require people, barcodes and barcode scanners to track food items. Once a food item has been scanned, the information travels differently but we still need to implement the infrastructure to scan each tomato, grapefruit or kiwifruit as it passes through every facility, retailer or farmgate. Blockchain can’t work its magic unless this infrastructure is in place.

Fortunately, in many industries, these scanners are already functional, and it is a simple matter of taking that information and tracking it using blockchain.

This means that blockchain solutions can be integrated with or retrofitted into existing value chains without discarding the traditional means of collecting supply chain data.

As with many new technologies, there will be low hanging fruit and easy wins. There’ll be early adopters who will seek to drive the efficiencies blockchain can create and… there will be laggards. For those enterprises who desire to move forward with this technology, who value transparency and traceability and who have supply chains with barcode scanners in place, blockchain may represent the perfect solution.

Wiley believes this technology will represent both technical and cultural changes to the way people deal with food. When all members of the supply chain are highly accountable for their piece of the puzzle we will see supply chain members acting like partners. We believe blockchain will change the way people behave, much more than just changing the way we log data in a computer.

This article has been a discussion of the technical side of blockchain, what it is and when we can expect changes to the food industry.

In the next article we will take a deep dive on blockchain, how it is being implemented in the food industry and what it means for food safety, including precisely how the technology can be used to curb food borne disease outbreaks. If you value transparency and traceability above and beyond the current regulations, talk to Wiley about how to make blockchain a reality in your supply chain. 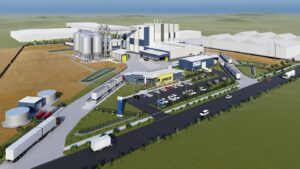 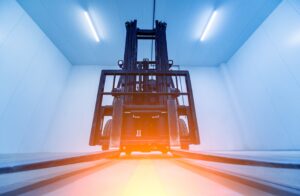 Cold Storage is Hotting Up for Food Processors 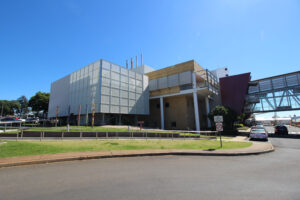