Released today, the annual Foodbank Hunger Report highlights the growing hunger crisis facing everyday Australians. One in six Australians has insufficient access to affordable and nutritious food leaving over 644,000 people seeking food relief each month.  A further 43,000 Aussies are unsuccessfully seeking help each month due to demand for food relief outpacing supply. Aussie children, who have little option, make up around one third of those impacted.

The Report, by Australia’s largest food relief organisation with the assistance of Deloitte Access Economics, also reveals that of those who have insufficient access to vital food, 28% say it’s a regular occurrence. In 2015, there was an 8% increase in the number of people seeking food relief. Put simply, charities cannot cope with the demand for help and are turning people away empty handed.

Foodbank Australia CEO Geoff Starr said the report also highlights that the face of hunger is diverse: “Those who seek food relief are not just people living rough on the streets. The charities we supply food to are assisting both employed and unemployed, children, retired people, students, singles and families”.

Starr attributed the rise in hunger amongst everyday Australians to the rising cost of living: “Some of the common reasons people find themselves seeking food relief is a lack of funds to pay utility bills, rent and accommodation. For many working families, adequate and nutritious food has become a luxury as opposed to a necessity,” said Starr.

Deloitte Access Economics Lead Partner, Health Economics and Social Policy, Lynne Pezzulo, said that, in spite of steady increase in household wealth over the last 20 years, disadvantaged Australians still face significant challenges with respect to affording basics such as food, and the demand for food relief is rising

“Regardless of the growth and performance of our economy, food insecurity is an issue for a significant number of Australians,” Pezzullo says.

The Report explores the impact of food relief on people’s lives and finds that it’s both immediate and far-reaching. In addition to having their hunger addressed, people report longer-term benefits such as improved physical health, being able to plan for the future and feeling able to look for work or get a job.

“It is the overall commitment of Foodbank Australia that everyone has access at all times to nutritious and healthy foods.  Whilst Foodbank provides food for 166,000 meals a day to over 2,400 charities for distribution to people in need, it’s simply not enough.  We are urging all Australians to join us on the fight against hunger” said Starr.

Australia’s largest food relief charity, Foodbank, is seeking urgent assistance to fight hunger as the country heads into winter. Can you help?

Both Wiley and Foodbank work with similar clients and can go a long way to raising awareness of the issue of food insecurity in Australia. Foodbank rely on monetary and food donations from corporates, government and communities across Australia. For more information on how to join the fight against hunger head to www.foodbank.org.au.

Foodbank is Australia’s largest food relief organisation, providing food for 166,000 meals a day to over 2,400 charities for distribution to people in need of food relief. It achieves this by working with the Australian food and grocery industry which provides rescued and donated product. It also collaborates with farmers, manufacturers, suppliers and the government on programs to produce key staple foods such as breakfast cereals, milk, pasta, canned foods and sausages. Foodbank is also the largest supporter of school breakfast programs in Australia providing food for 100,000 students in 1,500 schools nationally both directly and via programs run by other organisations. Foodbank’s mission is to deliver the most food to the most Australians in need in the most efficient way.

The Foodbank Hunger Report provides an annual snap shot of the problem of food insecurity in Australia. The 2016 report is a summary of two pieces of research undertaken amongst Foodbank stakeholders in the first half of the year.

The first was a survey of recipients of food relief from front line welfare agencies and community groups. This is the first time Foodbank has undertaken such research. The aim of this survey was to better understand the reality of food insecurity in Australia including the impact it has on the physical, mental and emotional health and wellbeing of individuals and families. It explored the circumstances that drive people to seek food relief and the influence the provision of food has on their wellbeing and prospects for the future. This research was conducted online and face-to-face by Galaxy Research in February 2016 amongst a sample of 636 Australians (drawn from a total sample of 4,078) who had experienced food insecurity in the past 12 months.

The second piece of research was the Foodbank Welfare Agency Survey. This is the fourth such survey and was conducted between November 2015 and March 2016 amongst the welfare agencies and community groups sourcing food from Foodbank. The aim of the survey was to ascertain information about the agencies that provide front line food relief, their food provision activity and the beneficiaries of that activity. It also sought feedback on the service Foodbank provides. 1,019 responses were received and analysis of the results, as well as the context of economic factors surrounding the issue of hunger and food relief in Australia, were provided by Deloitte Access Economics, Australia’s preeminent economics advisory practice. 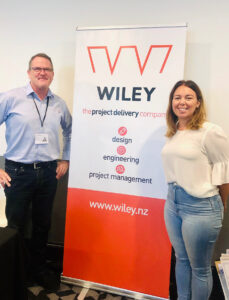 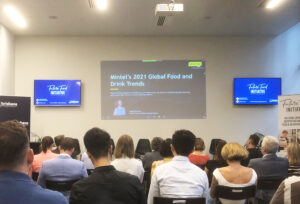