Under the hood of Australia’s food industry is an impressive array of technologies. From robotic arms working to sharpen knives to high pressure pasteurization FoodTech Queensland didn’t disappoint. The Wiley Team spent time exploring the show seeking the best new tech and insights as well as at the Wiley booth catching up with many industry clients and contacts. We were quite recognisable by our orange shoes and have had many requests for pairs from contacts so far!

Walking in the door of the show, one was confronted with a high-speed sausage maker lifting several hundred kg of sausage fillings into a machine which promptly extruded the product into casings at a rate which would be baffling even if captured in slow motion.

As one dove deeper into the treasure-trove of innovation on show, it quickly became apparent that our food industry is undergoing more than incremental change but disruptive overhaul. Speak of I4.0 and internet of things has progressed from the fringes as “something which might be popular” to whole-hearted business offerings from some of the most innovative companies in attendance. It was however clear that not everyone understood what I4.0 was or how it could be applied to the food industry

Discussion with Wiley’s Brett Wiskar, who presented on food factories of the future and further explored the topic, shed some light on the undercurrent of trends fueling the technological innovations.

“All industries, but especially the food industry, are shifting away from a mindset of efficiency towards one of agility. Many of the technologies on display today are designed to deliver both those needs – it’s absolutely critical to meeting the needs of tomorrow’s consumer” he said.

Brett emphasised that given the unprecedented rate of change among consumers, there is more need than ever to build the facility of tomorrow as opposed relying on that which has worked so far.

“With the massive expansion of population and the growing middle class in Asia, there is a real chance for Australia to develop our 60-billion-dollar ag-industry to the 100 billion dollars set as a goal by the National Farmers Federation. That value increase won’t come from producing more commodities at a lower price – we can’t compete on that basis. Instead, that growth will come from value adding onshore – producing high value products and exporting them for the greatest per-unit profit possible. This is the shift we are seeing in the food industry” Brett said.

In terms of the technologies on show, it’s clear that automation is taking an ever-greater role in the food industry. The Knecht automated knife sharpener performs the work of two full-time workers in the simple act of sharpening knives. Sharper and more consistent knives are more important to a boning operation than one might think.

Further down the aisle is a group of packaging providers. The packaging segment is under increasing scrutiny as customers look for more sustainable and low impact solutions. From conversations with those who produce the packaging, the challenge is thus; people want sustainable packaging which biodegrades, performs as well as other packaging and costs no more than competitors. From this perspective, the sector is caught between a rock and a hard place, with very little differentiation possible in terms of the packaging itself, the commodification of packaging is fueling competition between these already competitive companies.

One of the most disruptive innovations on show was SICK’s outdoor laser scanner. It might be easy to write off a laser scanner as old news but consider the implications; until now, it has been impossible to plot automated vehicle pathways outdoors. Due to rain, light dazzling effects and lack of ruggedization sensors in the past have been simply unviable for outdoor operation. SICK’s secret is the algorithms which make operation in an out-door environment possible. Sampling up-to 1000 times as fast as competing products gives the OS3 vast swathes of information to analyse. This analysis enables the differentiation between rain and pedestrian and makes possible a whole new world of operation for AGVs. 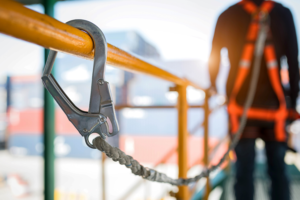 Wiley Honours World Day for Safety and Health at Work 2020 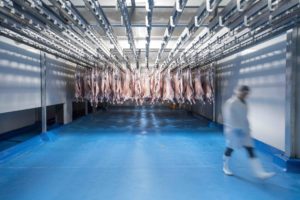