The Japan-Australia Economic Partnership Agreement (JAEPA) comes into effect as of today. Prime Minister Tony Abbott and Japanese Prime Minister Shinzo Abe said the deal was the ‘most significant bilateral economic agreement’ made in more than 50 years. 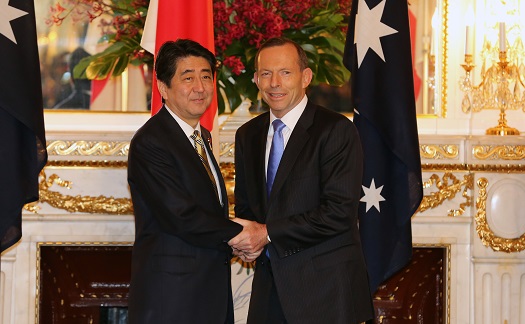 ‘The prime ministers look forward to Australian and Japanese businesses working together to make the most of the opportunities provided by JAEPA,’ they said in a joint statement.

This is the first free trade deal Japan has made with a major exporting nation and will lead to reduced or eliminated tariffs for a range of agricultural commodities, including beef, prawns, lobsters, asparagus, cherries, grapes, macadamia nuts and almonds.

Australian beef, with exports to Japan last year worth $1.4 billion, will be a major beneficiary with the 38.5 per cent tariff to be halved over 15 years, with heavy front-end loading, including an 8 per cent cut in the first year.

The major outcomes for the export of Beef include:

For frozen beef, the tariff facing Australia will fall from 38.5 per cent to 30.5 per cent on day one of the agreement, giving an immediate competitive advantage, and then phase to 19.5 per cent over 18 years.

Japan is also a vital market for Australian beef offal and beef products, with exports of $166 million in offal and over $15 million in preserved and prepared beef in 2013-14.

Under JAEPA, the market access outcome on beef will be reviewed providing a framework for further liberalisation and protection against competitors securing a better deal. This includes:

The other key agriculture outcomes of the JAEPA include:

Grains: Immediate duty-free and quota free access for Australian wheat and barley for animal feed and streamlined export arrangements for some Australian wheat varieties. Elimination of the 21.3 per cent tariff on wheat gluten and tariffs on canola and vegetable oils over up to 10 years.

Processed Foods: Tariffs up to 29.8 per cent on juice, canned fruit, soup, jam, peanut butter, tea and pet food will be eliminated and Australia will receive preferential access for chocolate, honey, biscuits, cakes and breakfast cereals.