Construction of Wilsonton State High School’s new $5.7 million multipurpose hall in Toowoomba is due to be completed by the end of the year.

Wilsonton State High School Principal Marcus Jones said that the new multi-purpose hall would allow the school to offer a broader range of activities in a modern, purpose-built facility.

“The school community has been calling for this hall for many years and I am delighted to see construction underway,” Ms Palaszczuk said.

“‘With this hall, Wilsonton State High School will be able to hold whole school assemblies and sporting and cultural events in their own purpose-built facility.”

“The hall will be more than 2000 square metres and include a multipurpose court, a stage, amenities, a kitchen, change rooms, equipment storage, audio-visual storage, and staff room.”

Construction of the hall started last term (Term 3) and it will support 25 jobs during construction. Wiley began construction in the site in June.  Wiley Senior Project Manager Zane Bennett said “Construction is well underway on site. We are proud to be supporting a fantastic investment in the future of the wider Toowoomba community.”

Ms Jones said the Government had fast tracked construction of this hall through our Advancing Queensland Schools program to ensure it would be in time for the start of school next year.

“The project will also create training opportunities for local apprentices ensuring we are building the skills of Queenslanders,” she said.

“We are also investing in the future of our schools and delivering the facilities our students and teachers need to make the most of their education.

“We are building new and upgraded halls at more than 30 state schools.”

“The students are excited to see the progress on the new hall and can’t wait to use the facility next year,” Mr Jones said. 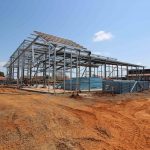 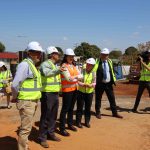 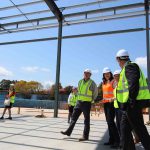 Wiley’s Zane Bennet leads the pair on a tour 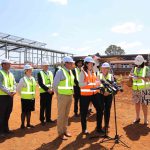 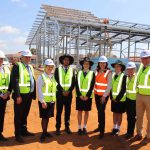 A new $5.7m multipurpose hall for Wilsonton State High. We’re building it, it’ll be finished by end of year & it has created 25 local jobs. pic.twitter.com/pPZ2mbWEVP