Wiley is honoured to announce that, up against tough competition, we were awarded the Tasmanian / Victorian Australian Institute of Building Award, in the category of Other Construction, for the Ridley project.

The prestigious awards recognise professional excellence in building and is the only Australian awards program that recognises the professional excellence of individuals within the building and construction process, focusing on how the project was built. They provide the opportunity to showcase and reinforce the role of the building professional in managing the construction process and provides a forum to acknowledge industry leadership and management teams that deliver their projects with the highest levels of quality and expertise.

Wiley’s Senior project manager, Logan Ashmole received the award at the virtual online event from the Wiley Tasmanian office in Launceston. The Wiley team watched live on the AIB YouTube channel to cheer Logan and the team on.

“It was an exciting evening for the Wiley and Ridley team! We set up in the office with our families to watch the virtual AIB Awards and were honoured to get the win amongst such tough competition. It really was a fantastic project and we had a great extended team.” Mr Ashmole said.

Wiley would like to congratulate all other winners from the night and all the nominees.

Wiley and Ridley were also awarded the People’s Choice award for Victoria and Tasmania earlier this year.

Wiley CEO, Robert Barron said, “Congratulations to Logan and the Ridley team for winning this award. I am very proud of the Wiley team, our consultants, our suppliers and subcontractors. The Ridley project was a massive team effort by many people from across the construction industry. This award is a testament to every individual’s diligent hard-work as a member of the team led by our project leader, Logan Ashmole.” 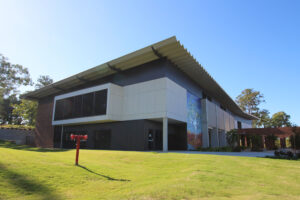 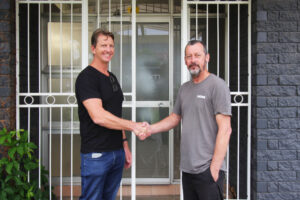